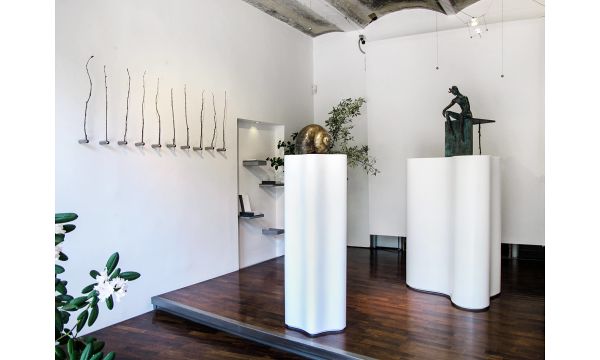 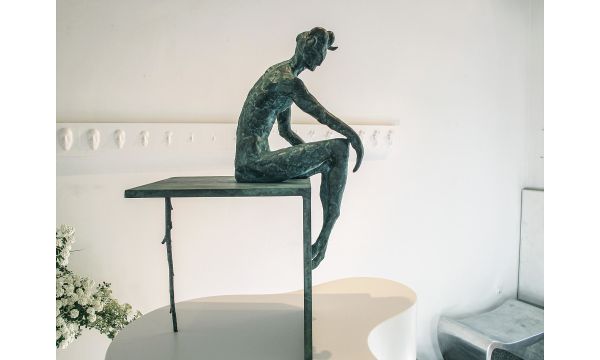 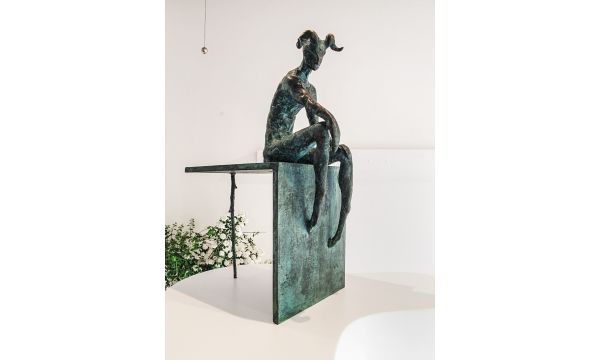 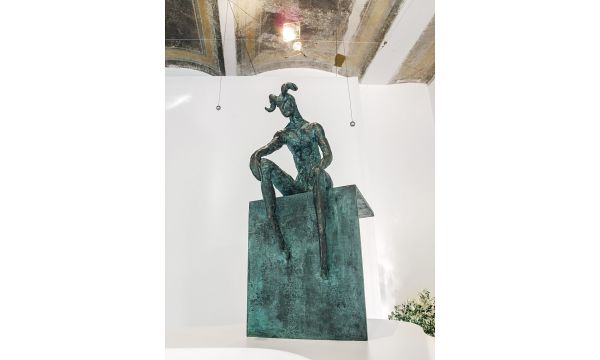 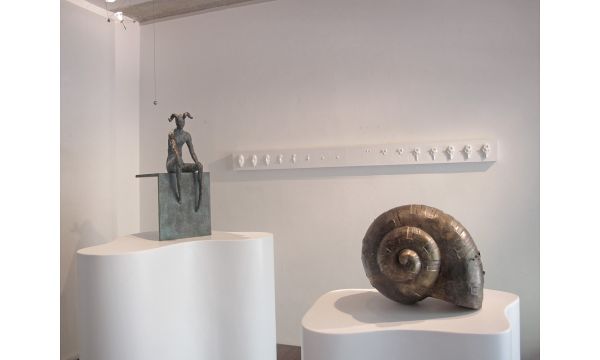 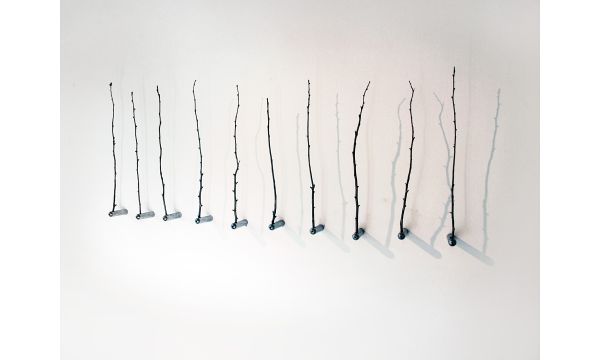 The exhibition Primavera showcases the statue Favn (The Faun) by the academy-trained sculptor Primož Pugelj.
A faun is a mythological creature with the arms and torso of a man and the legs and horns of a goat. They are the patrons of forests and gardens, and they are also known for their love of music, women, and enjoyment, which is why they are often associated with the Greek god Pan. The faun displayed here is designed in a minimalist style, cast in bronze, and surrounded by twigs. The installation is complemented by a statue of a snail, which represents the world of animals, minimalist bronze twigs, which represent the world of plants, and an evolution of human masks depicted on the opposite wall, which gradually turn into an animal skull. Despite the merry character of this Roman creature, with its calm and contemplative position and the surrounding environment, the statue motivates us to reflect on the importance of nature, peace, and life.