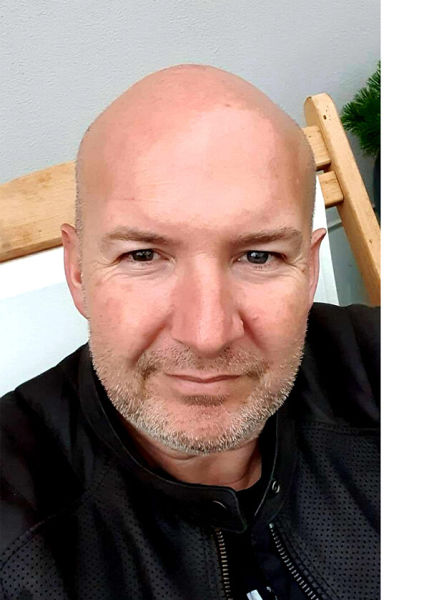 The basic form that in recent years has characteristically marked the creative opus of sculptor Primož Pugelj is a stylised human face, presented in the form of a mask. The masks are made in various sizes, using various materials and techniques (concrete, iron, polyurethane, graphite) depending on the content of the artwork. They are presented either as independent pieces of art or in the form of a series consisting of several units. When he wants to boost their narrative character, he draws on the masks using paint or graphical processing.
Pugelj’s art represents a continuity of responses to events taking place in modern society, and his projects therefore carry a profoundly socially critical note. The artist's creations pursue the idea of man, his involvement in both the local and global world, the consumer society and the forced media reality. How is it possible that the highest European spirit of the modern era and of modernity, which has been over the past centuries reflected in philosophy, religion, art and science – as the essence of being – has turned into the soullessness we see today – as the non-essence of being – and with this into the biggest threat to the European milieu and even humanity itself? This is the question posed by philosopher Ivan Urbančič in his work The Danger of Being, and it is this very idea that can unsettle the observer who willingly or unwillingly gazes into Pugelj’s silent, nameless faces. The latter can thus serve as a reminder of the fake, inauthentic, conscious living of today’s globalised man, while on the other hand, having already been incorporated into many public and private spaces, these masks delight us. They delight with their sculptural form and a presence that relaxes, excites and draws to the surface all sorts of primal emotions.