WAR DANCE UNDER A BOMBARDED MOON 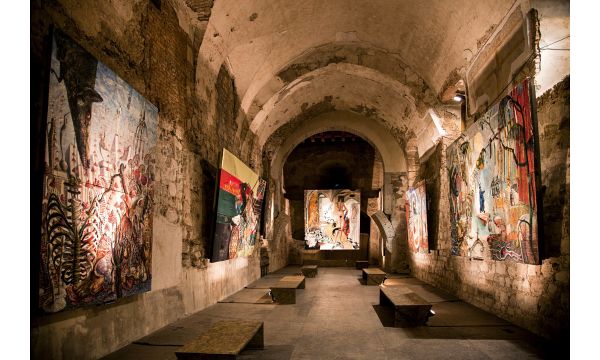 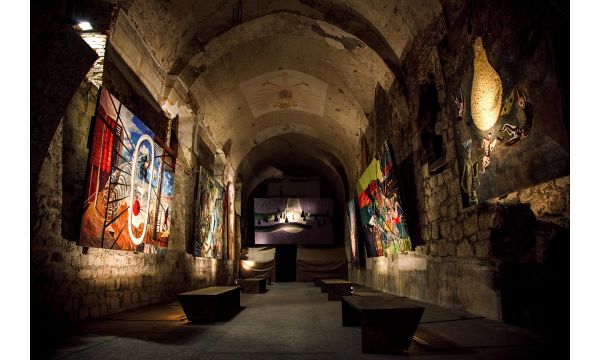 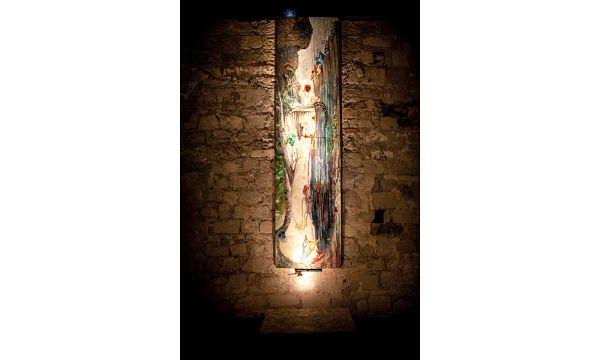 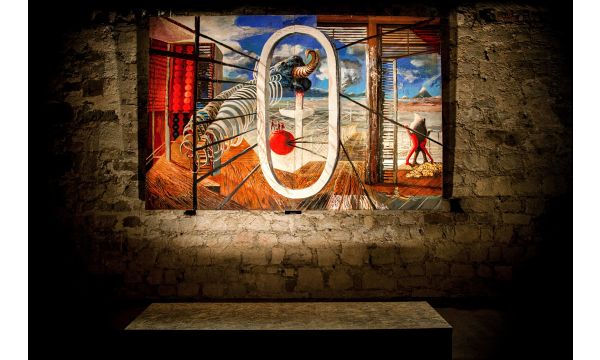 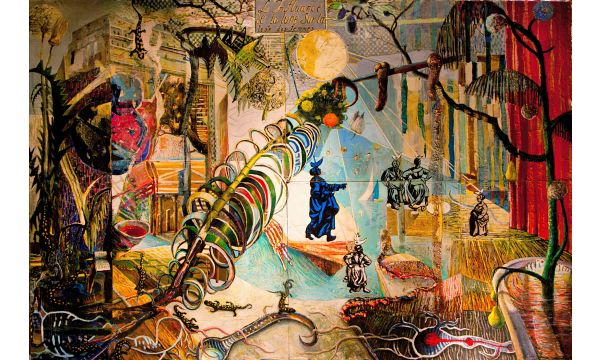 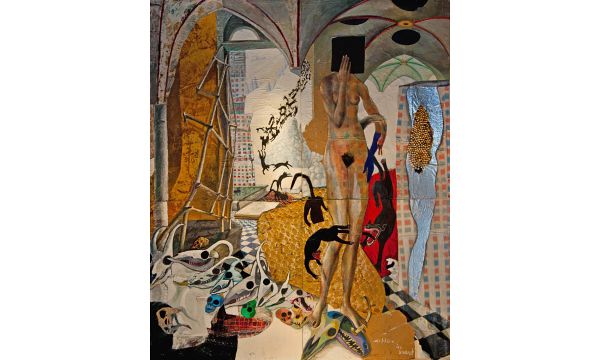 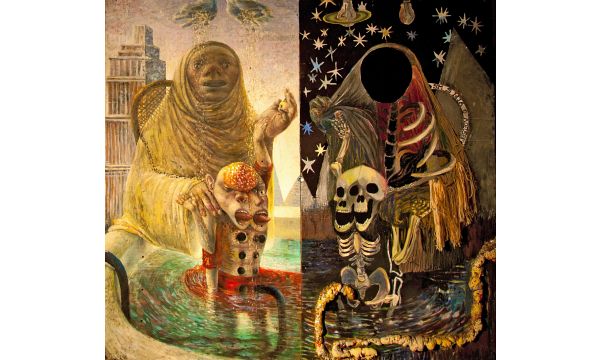 The exhibition Bojni ples ob zbombardirani luni (War Dance under a Bombarded Moon) is the story of two artistic forces, two energies, two opposites, a man and a woman, of how they merge, cooperate, and complement one another. The ambiance of Ljubljana Castle rounds off a dark realization and the dark side of life itself, just like the moon and its quarters emphasize the dark and create a time circle, in which the past and the present flow into one another, striving for transcendence and the viewer’s symbolic launch into the future.
The monumental oil paintings displayed in this exhibition were jointly created by the painters Iva Tratnik and Marko Jakše, who used the seventeenth-century graphic work L'Influance de la lune sur la teste de femmes (The Influence of the Moon on Women’s Heads) as the basis for their joint, creatively intertwined works. Their paintings expand surfaces into perspectival views, they lend a personal stamp to life and death, and they manifest themselves in an ineffable corporeity of entangled female and male energies. This unusual fusion offers viewers the opportunity to form their own interpretation, which to some extent is dictated by the distinctive styles of the two artists. The paintings displayed abound with elements of aching eroticism, hints at dark urges, untamed life energy, and a symbolic world, which combines the creative expressions of both artists, who spend time together in complex and mostly unsuccessful attempts to make their lives and existence meaningful. With the distinctive elements of mass culture, the artists approach the viewer and allow him or her to become an equal interpreter of the created reality and the creative process itself.