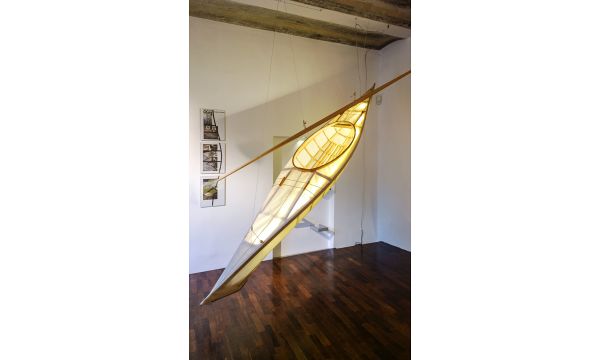 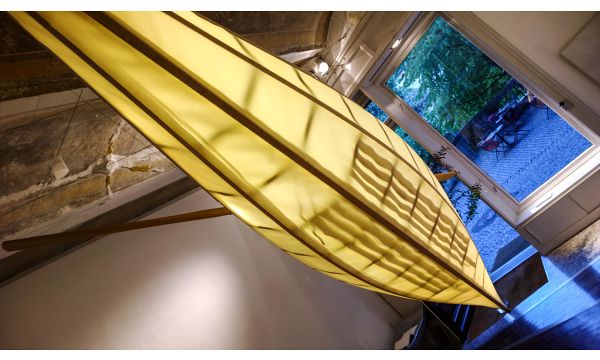 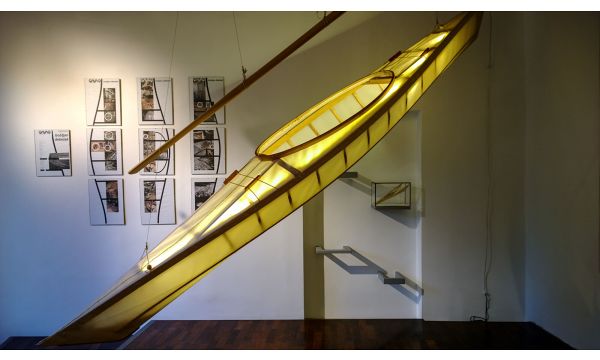 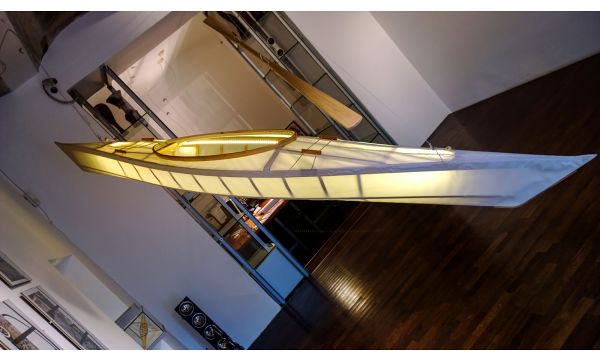 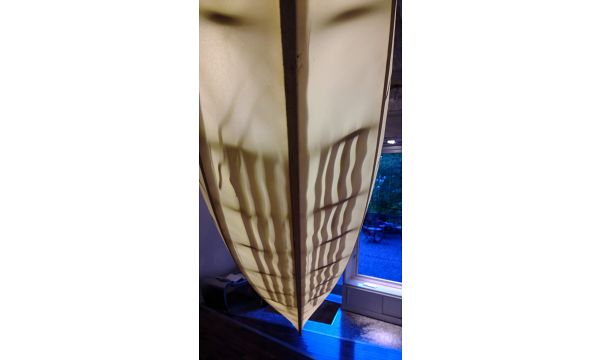 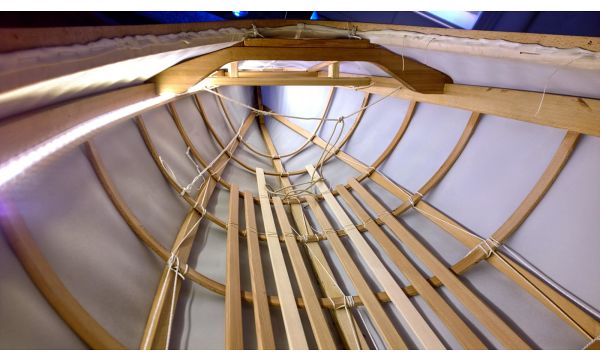 On 23 April 2014, Atelje Galerija launched an exhibition showcasing a design by architect Boštjan Debelak titled QAYAQ, which was accompanied by a successful auction. The design will be on display until 18 May 2014.
Boštjan Debelak is an architect specializing in designing small houses of great value and, as a big fan of old techniques and “primitive archaic” methods, he loves to wander off in a kayak in his free time. Because of this he decided a few years ago to design and make his own West-Greenland-style wooden paddle. He made it from a single piece of Canadian western redcedar using a chisel and rasp. Debelak is used to working with wood, so making this paddle was easy for him.
After months of studying various old, but still useful techniques of building and using Inuit kayaks (Qayaq as a travel boat essentially and historically originates exactly from this old culture in the extreme north), he soon decided to also design a significantly more complex Greenland “floating artefact”, shifting his creative focus to nautical architecture.
The boat is made by hand without a blueprint, using traditional Inuit techniques that are considered “primitive” today, without glue, nails, and screws, but only by binding and tightening the wooden construction parts with rope and using dry dowels (hammering pegs). All he needed was a “handful” of wooden slats of various dimensions made from various types of wood, considering the further processing method (tensioning, bending, and so on) and the anticipated static loads. The outer fabric – a membrane tight as a drum at the end – is hand-sewn at the top joint of the deck and not tailored. The design thus models the traditional boat construction method over a thousand years old (i.e., the West Greenland style), which is still used by the Inuit today. Everything can easily be done without electricity. The unique final shape is subjected to the builder’s own wishes and goals.