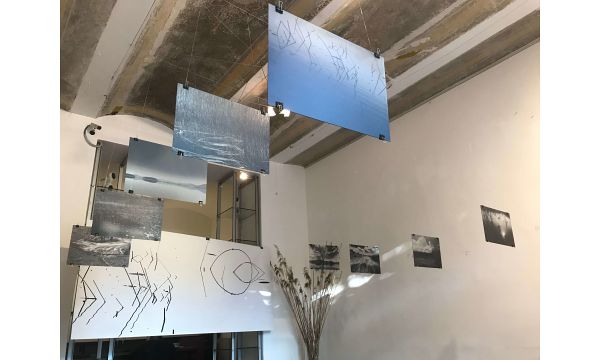 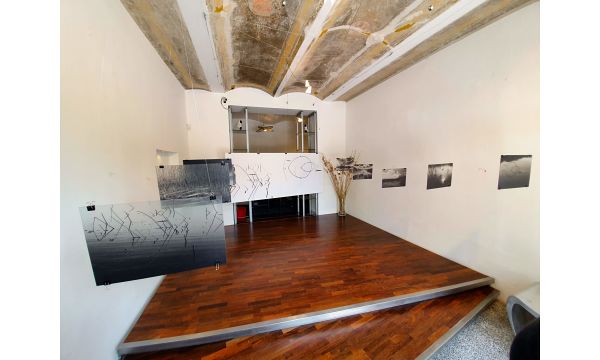 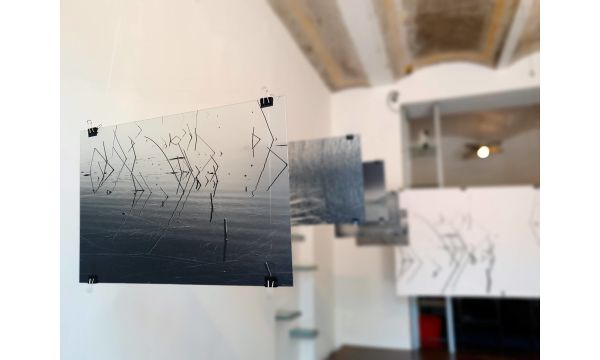 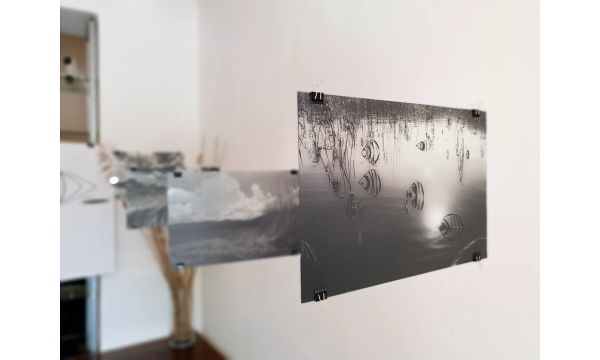 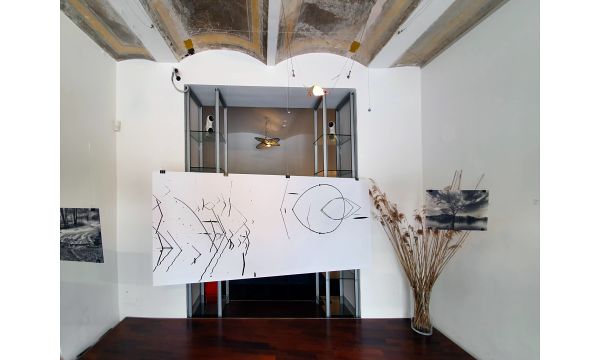 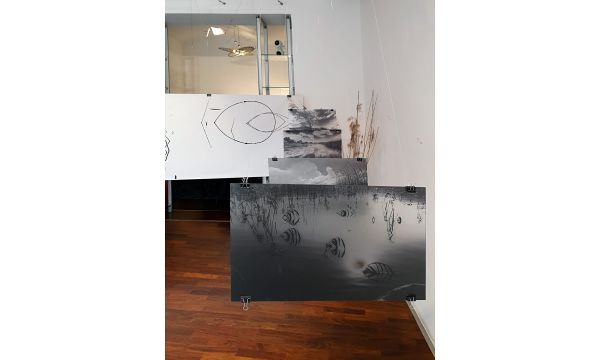 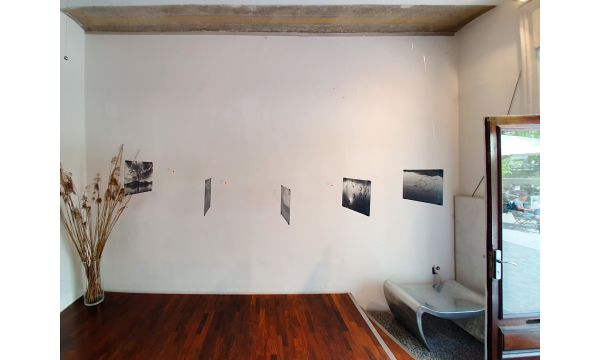 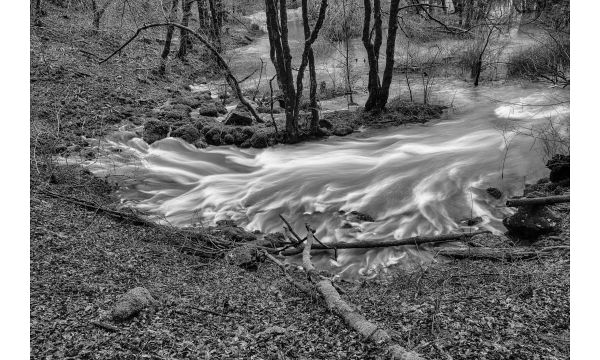 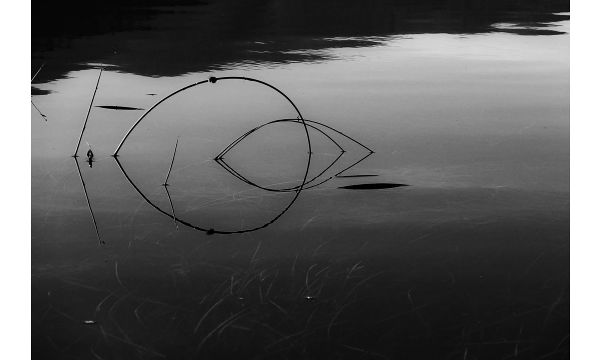 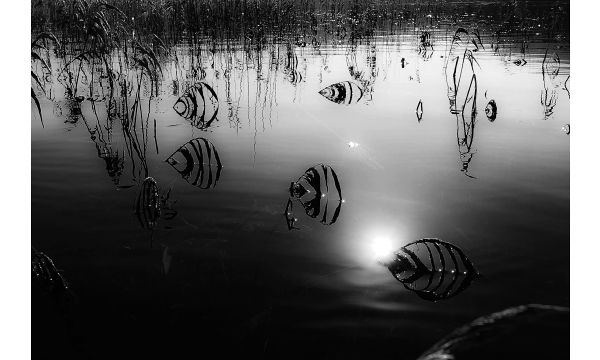 By looking through the camera lens and seeking inspiration, the eye of the architect and designer Boštjan Debelak is selective and largely subordinate to his creative credo, and his series of motifs presented on glass plates displays graphic and geometric images captured from nature.
This time around, the process of specific scanning of the environment and simultaneous implantation of these forms of codes into his own architectural and design creations is reflected in a series of motifs monochromatically printed on glass plates as fine as thin ice.
These are Aquagraphs which can at the same time be “watergraphics”—but by no means photographs, let alone “photo-graphics.” The images were taken over the past fifteen years from a boat on an intermittent lake, in all seasons and at different water levels. Vodografije/Aquagraphs are a logical connection to the exhibition Plovno platno na okvirju (Floating Canvas on the Frame), held in 2014 at Atelje Galerija.