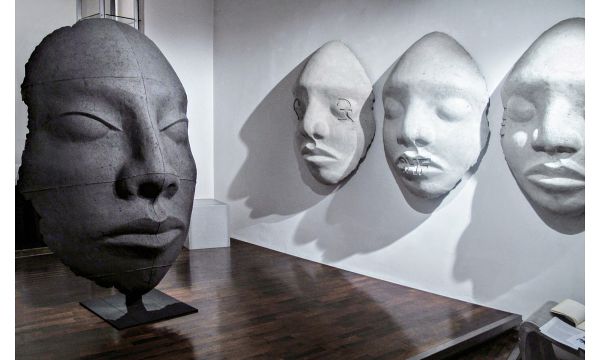 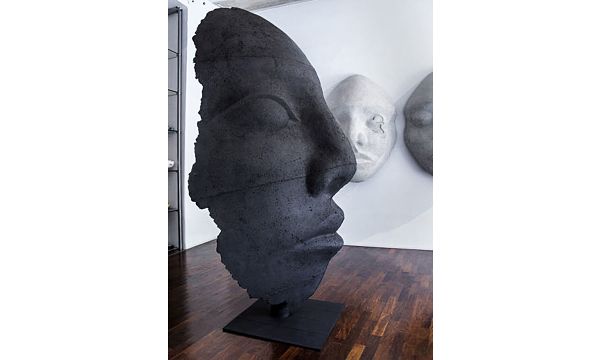 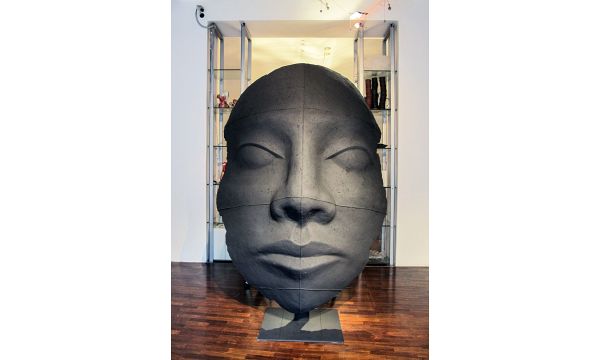 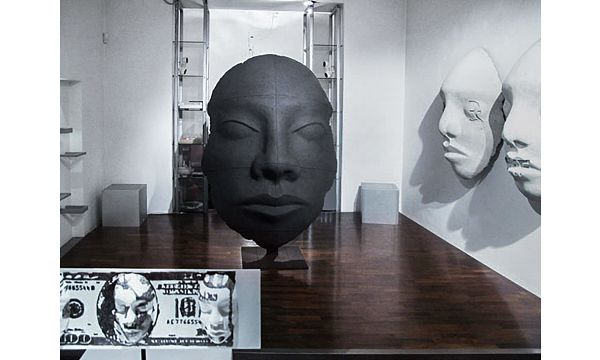 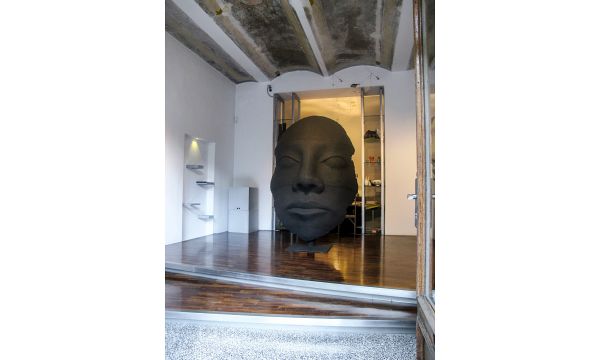 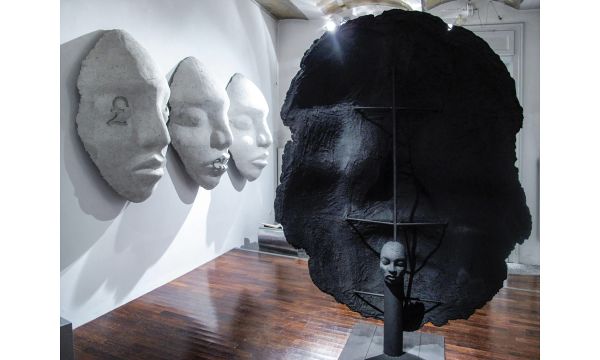 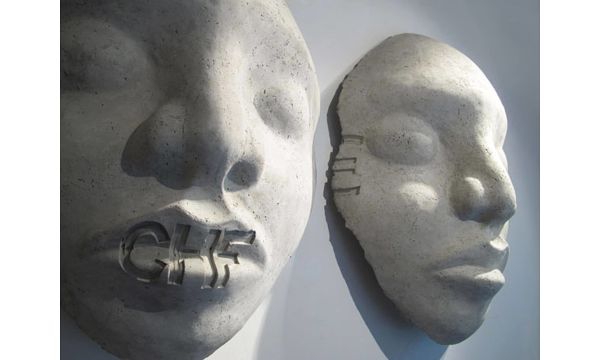 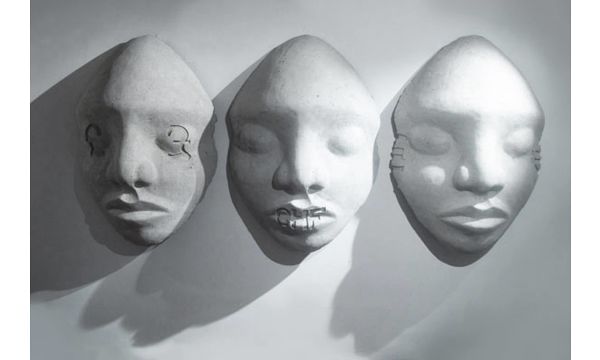 The exhibition £ CHF €, featuring four new works by Primož Rugelj – Črna (Black), Evropa (Europe), the diptych Brez naslova (Untitled), and Benjamin – is on display at Atelje Galerija. The works build a connection between form and content, representing a continuity in the responses of the artist’s production to developments in society. The exhibition calls on the viewer to critically reflect on current global developments and today’s predominant values. It seems that Europe has internalized some sort of status quo of the nearly worn-out empty phrase about the universal crisis and the crisis of values. Therefore, it is important to take conscious responsibility for this near-artefact of modern society, rethink it, and reflect on its implications. When reflecting on the crisis of values, the question also arises about the boundary between man and animal, where according to the Italian philosopher Giorgio Agamben the border runs within living man. Only when humans suspend their animality does the world open up to them. However, together with their animality, humans also isolate their lives to a state of exception. The relationship between the human and the animal thus becomes a decisive moment in the theory of political emancipation. The apparent “man-animal” ought rather to remain Untitled. So that it does not determine thought, but only opens it; just like the work Črna (Black), with which the artist does not seek deeper meanings, although its monumental character nonetheless attracts a great deal of attention in the viewer. We are called upon, intentionally or not, to look into it and face the black, the silent gaze – or better: ourselves. Primož Pugelj thus calls upon us to (trans)form our experience of today’s world..