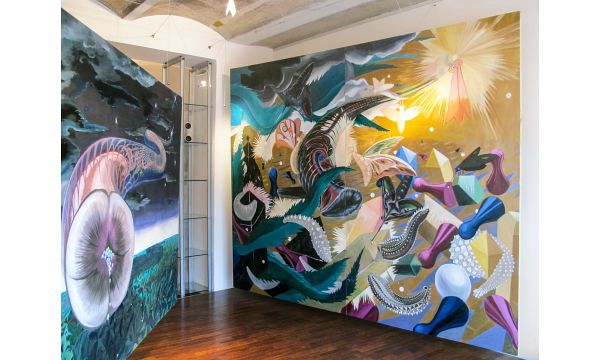 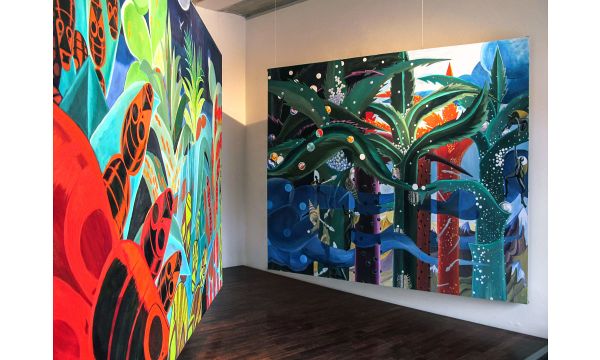 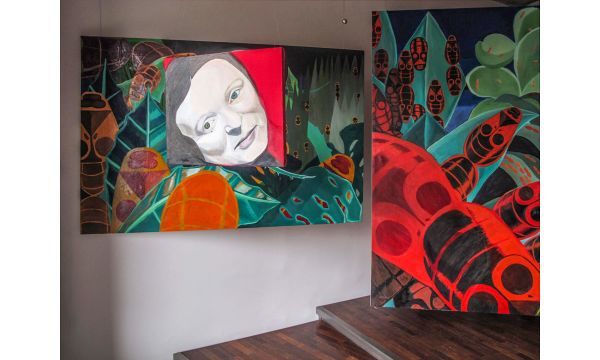 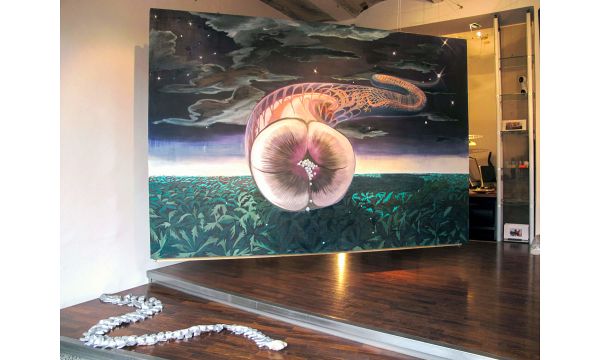 Atelje Galerija in Ljubljana saw an exhibition of large-format paintings by painter Iva Tratnik. They were made during her art residency in Leipzig, in the spring of 2014. The series of paintings form a kind of comic, where the paintings are linked to one another and show scenes from the artist’s imaginary space – the forest, an ecosystem. The exhibition is named after the novel The Story of Blanche and Marie by renowned Swedish writer and playwright Per Olov Enquist. Blanche Wittman (1859 – 1913) was the most famous hysterical patient. During her hysterical attacks at the clinic, Blanche would wander into a fantasy, imaginary forest, hence the link with the title of the exhibition: Blanche - The Imaginary Jungle. As already stated, however, Iva Tratnik does not focus on the imaginary space of the literary heroine but instead searches for and displays her own imaginary spaces with recurring motifs of beetles, leeches, pearls – eggs and exotic plants. The abundance of live, intense colours and of narration itself reveals that – as written by Maja Vrhovac in one of the interviews with the artist – one of the imperatives of the universe is eternal hyperproduction of life forms, and the cosmos is primarily a giant factory where this phantasmal production is born.